Colorado River Medical Center will be hosting FREE sports physicals on Friday, July 28th from 8:00 AM to 11:00 AM. Sports packets are available in the high school office until June 30th. The office will be closed the month of July.
Read More » 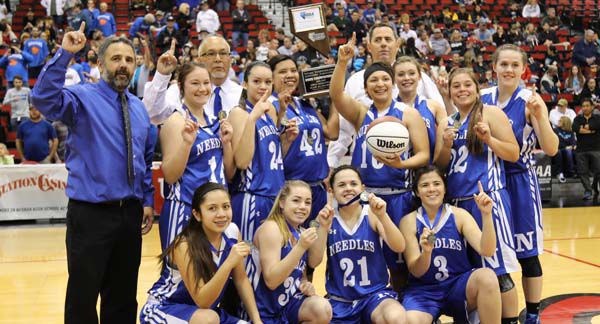 LAS VEGAS — As a private school affiliated with a major international sports star in a metropolitan statistical area of around 2 million and all that implies for name recognition, admission policy and budget, Andre Agassi Preparatory Academy has built a very successful basketball program for both boys and girls. Their boys, as expected, won the NIAA Class 2A State Basketball Championship, 60-43, over the Adelson Lions.

There were similar expectations for Agassi’s girls team, which remained unbeaten in the league until they traveled to Needles Jan. 27 to face the Lady ’Stangs, a team they had beaten 66-44 in Las Vegas Dec. 16. The Lady Stars couldn’t win on the court at Needles High, a public school with a limited budget in a statistical reporting area of around 5,000. Needles’ girls won 74-63.

The two met again in the postseason, when Agassi took the 2A South League Crown 70-54 on Feb. 18. But they couldn’t pull it off again in the championship round.

Needles Lady ’Stangs came back from what was at one time a 10-point deficit to beat the Lady Stars 64-54 and claim the girls NIAA Class 2A State Basketball Championship in the University of Nevada Las Vegas’ Cox Pavilion Feb. 25.

Brenna Chavez scored a blistering 22 in her last game for Lady ’Stang basketball. “She had a tremendous basketball game as did the rest of our team,” said Coach Manuel Calderon, “including the girls who saw playing time and the girls on the bench. I’ve never seen a group of girls play with so much heart in my life.”

“We were down 10 and could have easily fallen. But they just kept on pushing and pushing and chipping away,” said Calderon. “There were good, positive vibes in the locker room (at half time). We came out in the second half and the girls knew just what to do and they took it to ’em.”

By the end of three Needles had pulled ahead 42-38, then outscored Agassi 22 to 16 in the final stanza.

“The defense was great,” Calderon said. “The girls were really aggressive. Every time Agassi tried to drive in the paint the girls stepped in and took the charge. They pushed the ball right down their throats and put them in a bad foul situation.

“Brenna herself went 12 for 15 from the free throw line.”

Neutralizing the Stars’ super-stars, Sharmayne Finley and Destiny Rover, proved to be key in the contest. “The say all the little things matter,” said Calderon, who chuckled remembering the girls’ after-breakfast meeting in the parking lot, envisioning a post bordered by two stripes to go over a new defense. “And it worked. We didn’t shut her (Finley) down, she got 21. But we figured if we held her to 20 or less we’d win the basketball game and we did just that.” Finley had scored 35 in Needles’ Feb. 18 loss.

Needles’ girls started with a 1-2-2 defensive formation, then went to their familiar 2-3. “They defended well on the back side and the ball side,” Calderon explained, “and made sure they knew where Finley and Rover were at all times. They showed great ball denial and made it hard for them to get a pass in the first place. When they did we were there. We were where they were whether they had the ball or not. We were constantly in their face.”

Agassi didn’t have the luxury of limiting their focus to two after Preslee Murch picked their pockets for 25 in the Feb. 18 game. They had to let up on Paige Murch and Antone in the post, giving up their combined 21 to watch Preslee. Then Valentina Limon opened up on them. “Valentina came in and played great defense,” Calderon said, “and hit some really big timely shots. Two of her three-pointers came in the fourth quarter. It was really uplifting for us.”

Still, it proved to be the girl who spent the previous season playing football — where she made some key plays on both offense and defense — that was impossible for the Lady Stars to contain.

“It’s been a long season,” Calderon concluded. “I’m very proud of this team. They’ve got really big hearts and I’m really proud of them and it’s time to get some rest.”

Rest will be short-lived. In that statistical reporting area of about 5,000 all or most of those same girls will be hard at work to get ready for softball season which begins when Needles hosts the Colorado River Invitational March 9-11.
Read More »

Any parents interested in being a running for NHS School Site Council, please contact the main office and let the administrative assistant know you are interested.
(760) 326-2191
Read More » 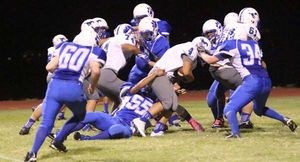 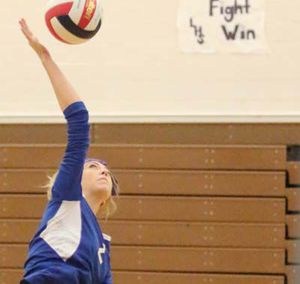 Needles High School will be holding an Open House on Wednesday, August 31st from 5:00 PM until 7:00 PM. All parents and family are encouraged to attend!
Read More » 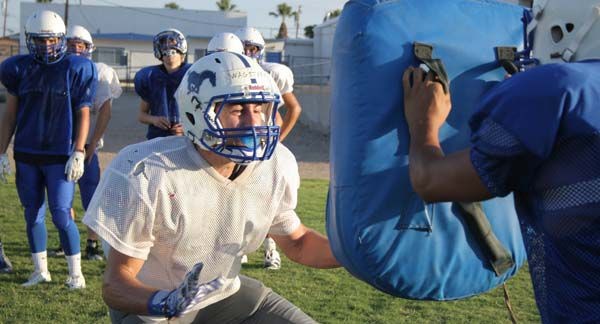 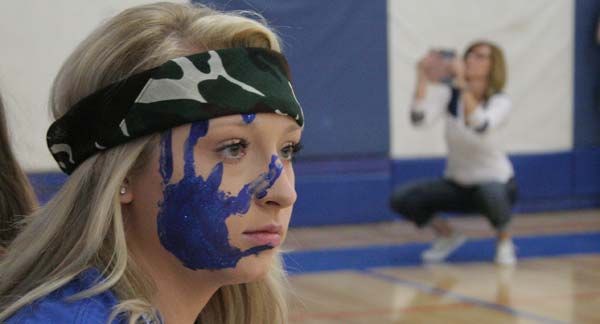 Parent conferences will be held on Wednesday, March 23rd and Thursday, March 24th. Please contact the NHS office to make an appointment with your child's teacher(s).
Read More »